Cumberland Falls – the Niagara of the South, the only falls in the hemisphere with a moonbow (like a rainbow but caused by the moon). We did not visit during a full moon, or even at night, but we were rewarded with a rainbow. The only other falls with a moonbow is Victoria Falls, but no one told us while we were in Zimbabwe. So we only visited during the day. 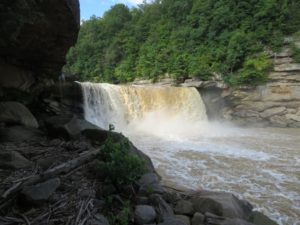 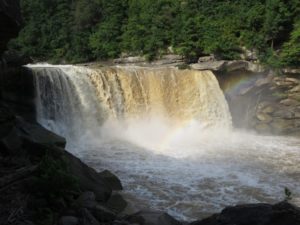