Noah was working in his rec room when a bell rang and God called him, according to the famous Bill Cosby monologue. The source may be out of favor, but the comedy is spot on. A more authoritative account is in the Bible. We visited The Ark Encounter on a day when it started to rain. How appropriate. The reproduction is actual size (300 x 50 x 30 cubits). They used a cubit as equaling 20.4 inches. Inside, the exhibits depict the engineering required to handle the animal passengers. First, they postulate that “kinds” were loaded and varieties of animals evolved from them. There were only two dinosaurs, for example. This is micro-evolution; they still don’t accept Darwin and macro-evolution. The tour reveals that the Encounter’s creators were young earthers. For example, the Grand Canyon was the result of the flood, not centuries of erosion. I concede that I don’t know when God created the earth, but that God created it, I have no doubt. 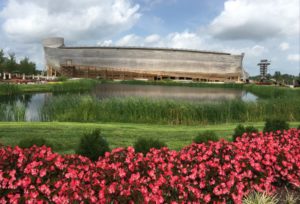 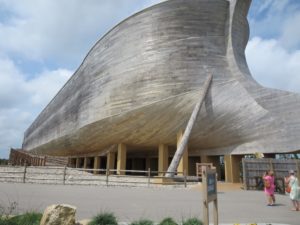 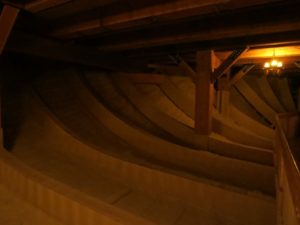 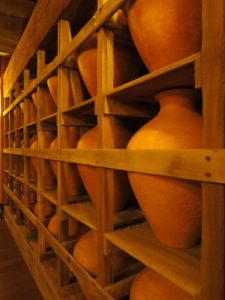