Oh give me a home where the buffalo roam and the skies are not cloudy all day. This is from Home on the Range, an anthem of The West (and the state song of Kansas). Oops, the American buffalo is not a buffalo, but a bison (scientific name: bison bison). There are many websites highlighting the differences between bison and buffalo, like here.

As it happens, there are not many pure-bred bison these days; they’ve been naughty with cattle. However, the bison in Yellowstone look like bison. The bison in Theodore Roosevelt National Park showed their cattle genes. I’ll post those pictures later. In the meantime, here are some of my many photos of bison in Yellowstone: 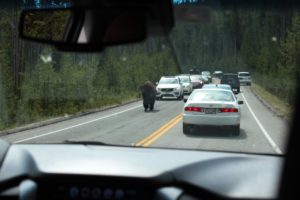 The first time you see a bison on the road, it’s exciting; By the third day it’s “Get out of the way, I’ve got stuff to see.” 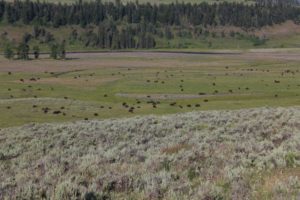 I’ve heard of buffalo, but you can’t roller skate in their herd. 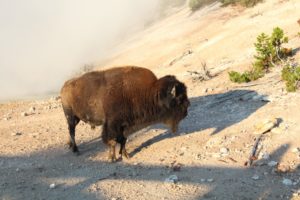 Early our first morning we visited the Mud Volcano. This guy just walked right through. 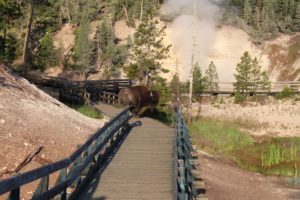 The ground was soft at the Mud Volcano, so use the boardwalk. 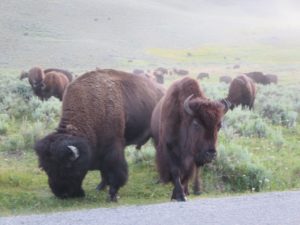 The herd spread out across the road in Lamar Valley. 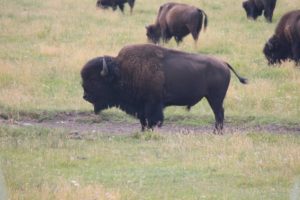 Posing for the old nickel. 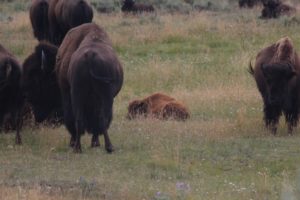 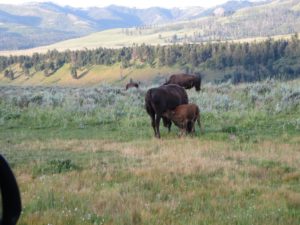 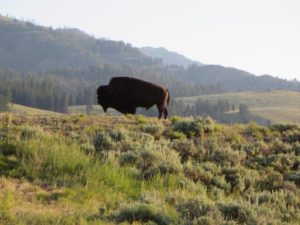 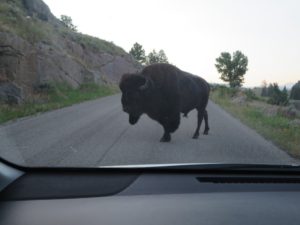 Get out of the way!