Fredericksburg, Texas is known for its German heritage, German restaurants, and German bakeries. And a bunch of wineries. It was also the birthplace of Admiral Nimitz, Commander in Chief, US Pacific Fleet, in World War II. So in addition to a museum paying tribute to him, Fredericksburg is home to National Museum of the Pacific War.

The Nimitz displays are interesting but the real worthy exhibits are in the 30,000-square foot George H. W. Bush Gallery. Here the history of World War II in the Pacific is traced chronologically. It actually has a brief prolog revealing the events that set the stage for the war.

Having been more familiar with the war in Europe since that is where my Dad served, I learned a lot about the Pacific war. I was so enthralled I took far fewer pictures than I normally would. (I really need to go back and spend more time.)

In the final days of the war Japan was heavily arming the southern Japanese island of Kyushu while the Allies were preparing to begin their invasion there. The most surprising thing I learned was that the second atomic bomb was to be dropped on Kyushu. But weather moved in diverting the action to Nagasaki.

The Allies feared that regional Japanese commanders would not honor the surrender. But they did. The final Japanese soldier surrendered in 1974.

The US had ordered 370,000 Purple Hearts for the invasion. No wonder the atomic bombs were used. 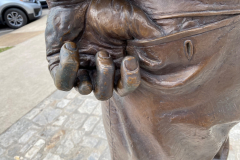 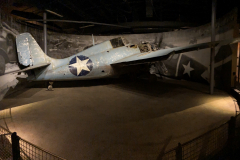 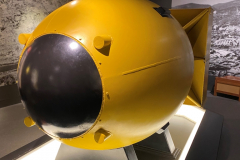 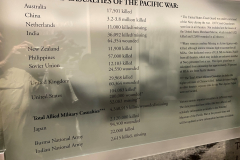 This is a must-see museum. Allow plenty of time. Enjoy dinner at the Fredericksburg Brewing Company. Even I had a beer with my Jager Schnitzel there.